Himchan of B.A.P looks a little bit like TOP, don’t you think? The major difference being that Himchan has the full KPOP Combo while TOP does not. Himchan used to have very narrow eyes, but if you look at recent pictures you can see he’s had something done to open them up, most likely double eyelid surgery. His nose has also changed: it’s thinner and now has a slightly upturned tip. Flick through the photos and you’ll find it hard to deny. 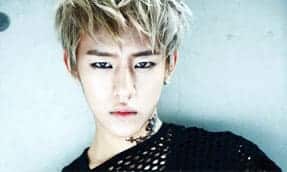 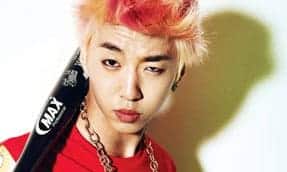 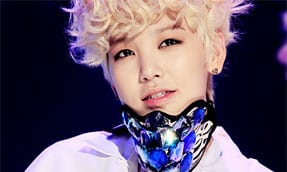 the funny thing is that the third picture of “Before” was from B.A.P’s Killing Camp in No Mercy era, while the first picture of “After”… Read more »

I’m not saying he hasn’t had plastic surgery ok, but I am saying that it could be makeup. If you’ve ever watched a contouring video… Read more »

i’m sorry to pop everyone’s bubble but Himchan might look like a doll later on, but you know why? Because of disrespectfull people like you… Read more »

He looks adorable in the third before picture. Actually better then he has been looking recently…

I agree with Mychel Magsino Marasigan, yes Himchan is my bias form B.A.P, but I will have too say that it isn’t true, all those… Read more »

I personnally think he has an implant in his nose, because you can see the scar on his septum caused by this type of surgery!… Read more »

Does your eyes and nose look exactly the same on all your photos?? The above photos does not prove anything. Just that he’s chubbier way… Read more »

His nose looks the same except there is more fat around it. Sometimes he doesn’t even have double eyelids. At least try to make it… Read more »

https://www.youtube.com/watch?v=KtzZK7uScKs Starting from 12:27 mark; Himchan said he didn’t do double eyelid surgery, so he must’ve had double eyelid tape to create double eyelids. Although… Read more »

but sometimes himchan doesn’t have double eyelids (or his eyes are small) when he’s tired or without makeup, so I doubt there is any eye… Read more »

He was so cute 🙂 Probably the only difference is that he got his surgery earlier, hence the earlier ulzzang status in his school.

*sigh*
Can you do one for Yongguk, Jongup and Youngae so I can see em pre-debuts?

Don’t mean to be abusive, but you, the author, are just truly silly. Remind me again, who exactly taught you how to tell a difference… Read more »

Yes, he is the visual of the group …. He gotta look good.

because he is fat at his younger days thats why his nose look like bigger.. hahaha also he is ulzam thats why he looks younger… Read more »

His eyes were thinner because he was fat -3-

shit he was just so much fatter i think!