I’ve been looking forward to this one. Actually, I thought it would be easy to declare Sungjae of BTOB a natural beauty, but then the pictures told another story!

Sungjae doesn’t look remarkably different from his pre-debut years. Of course he looks like an idol now, because that’s the effect of having stylists and make up artists follow you around on a daily basis. Other than that, he looks much the same.

The only aspect of his face that I think has changed is his eyes. He used to have very narrow eyes and is now a lot more wide-eyed. It doesn’t look like he’s had double eyelid surgery though, because he still has monolids. It’s likely that he’s had the inner (and?) outer corners of his eyes cut to give him a more open-eyed look. I think this may have occurred in 2013.

Check out the before and after pictures and this pre-debut video of Sungjae’s JYP audition to see what I mean! 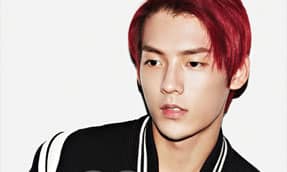 Hi sk, both the monitor & assistant monitor of 4S3 are in overseas now ? So, chances of meeting up are very slim indeed. How… Read more »

you use a fantastic blog here! want to earn some invite posts on my blog?

Vote Up0Vote Down  Reply
Ventura IT

Say, you got a nice article post. Will read on

You clearly didn’t do your research well enough. If you look up Yook Sungjae 2012, you’ll find pictures (not just one but MANY) of him… Read more »

Even though sungjae got this surgery, my expectations towards him wont change. Sungjae fighting!

Photoshop does the trick sometimes. This post is comparing a pre-debut photo (w/ he’s a lot younger), a jacket photo and a fansite photo. We… Read more »

What the fuck are you talking about? Do you have any evidence that he got surgery? Just only those pictures? Huh? Are you kidding me?… Read more »

Well, as you can see the top biggest pic of him is when he was in WOW era. And his eyes looks wide and big.… Read more »

how about ilhoon,chang sub and peniel? i think they did some job done as well. Im not an anti-fan , honestly i really really do… Read more »

make up and photoshoop help too you know

I was a little doubtful too that he’s a natural beauty at first because of the video of his audition. His eyes looked weird. They… Read more »

just a random question, but when do idols have time to do PS? don’t they usually have a lot of schedules? not the procedure –… Read more »

the first two before photos he’s looking down, and the one in 2013 looks like he’s squinting cuz there’s a lot of sun in his… Read more »