Arrghhh! NOSE JOB. That’s about all I have to say about Sunggyu of INFINITE. It actually doesn’t look like he’s had anything done other than the very obvious, and not so pretty nose job. Did I mention his nose job?

Check out his pre-debut pictures, he looks like he’s about 35 – Sunggyu looks younger now than he did when he was a teenager. 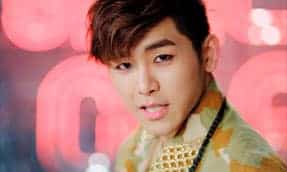 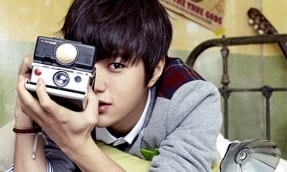 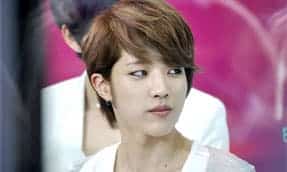 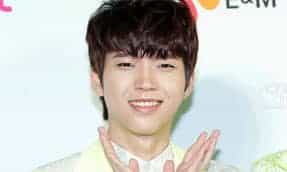 This guys photo since pre debut till now. The nose the eyes are the same. He’s chubby check disappeared as he gets older and probably… Read more »

Honestly, unless you are a plastic surgeon or a professional, you most likely may not be able to tell. Plastic surgery has really come a… Read more »

Sunggyu didn’t have plastic surgery. Here I found a site that actually does a better comparing pictures rather than this site, so you can take… Read more »

Can you do the last three’s? Sungjong’s, Dongwoo’s and Myungsoo’s?

Mind if i ask, are you a hater?? lol.. its just that its too harsh to say that infinite got surgery WHEN obviously, they didn’t… Read more »

This is my opinion.. INFINITE didn’t applied surgery,, i mean its pretty obvious,, cuz if Sunggyu applied, he would have that double-eyelid now, look to… Read more »

i’ve always that his was the most obvious HOLY NOSE JOB!

you bitch are literally, obviously blind. before and after? HIS NOSE LOOKS JUST THE SAME YOU IDIOT. NONE OF INFINITE MEMBERS EVER HAD A PLASTIC… Read more »

weak reason…his nose look same anytime =_= not too perfect but still good for him. Plis, be more rational to write something..

You are disgusting. This entire site is disgusting. Sunggyu did not get a nose job, anyone with any real sense would see that his nose… Read more »

Is Sunggyu wearing bright pink lipstick in the second after photo? *It’s off topic, but I’m curious*

omg you really dont know what are you doing !!! you are saying that sungyuu did some plastic surgery !!!! you’re just a freak

actually, none of the infinite members got any kind of plastic surgery.

to me, it’s very obvious that sunggyu had no plastic surgery at all. asian faces have the most drastic changes from when they were childrenteenagers… Read more »

His nose looks the same to me lol! But he did get really lighter though. All of them did! Haha! But their tan was cute… Read more »

have you ever heard about something that’s called MAKEUP ? yeah thats the thing that people use to look more beautiful and younger ^-^ its… Read more »

He got nose filler i think.

Sorry! You didn’t manage to convince me on this one. I don’t see any difference on his nose. It’s true that he looks different from… Read more »