[Updated: February 10, 2015] Although Luhan isn’t part of EXO anymore, people still come to this post to tell us how wrong we are about his plastic surgery. We found a great recent pic of him that shows his profile and can be easily compared to a pre-debut pic.

We flipped the pre-debut pic to make the comparison photo, which is why his ear looks a little different, but this picture clearly shows a change in the shape of his nose as well as his chin and jaw. We also have further comparison pics available on our Facebook page. So please just accept that Luhan, Prince of China (or whatever he’s called these days), has had plastic surgery. This does not make him a better or worse human being than if he were all natural, so let’s not throw any insults, please!

[December 16, 2013] Luhan from EXO-M is known as the cutie of the bunch, but he’s far from a natural stunner. He has definitely had a nose job and some reshaping done on his jawline. He may have a chin implant, as his chin has become much pointier. All of the older photos of him show him with double eyelids, so it’s difficult to say whether or not any eye work was done.
Before and after pics 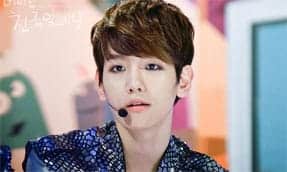 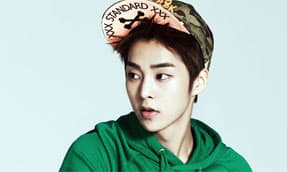 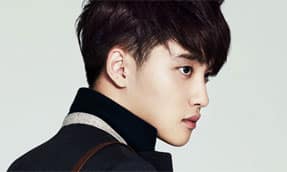 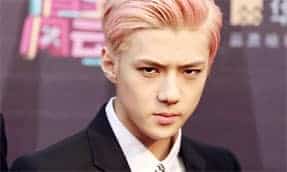 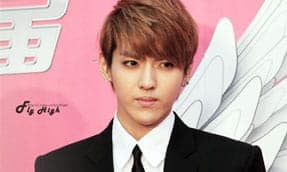 You got a point, But everyone look different after growing up,so I’m not sure. But even if I look very closely at those pictures I… Read more »

I see no difference on his chin look at picture 3 compared to his new pics and seriously nose??? Are u kidding me girl look… Read more »

I think Luhan is naturally handsome. When he was in High School, he had many fangirl. He has a little face so his name is… Read more »

Aw, I’m so depressed now! Luhan is my ultimate bias of EXO…
But, 鹿晗，我还爱你！

I’m not in denial and I think I would know if someone went under the knife. But with Luhan, his nose bridge is the same… Read more »

Lol! I love EXO, but people need to stop using puberty and “growing into your looks” as an excuse. The shape of your bones and… Read more »

as i said in Lay’s supposed changes, they just grew up, they are men now, not kids. it’s obvious their anatomy is going to change… Read more »

i noticed only one thing rily big has changed on him that is his hairstyle..lol!!as a true fan,i only believe the good thing n try… Read more »

I’m not sure if he did plastic surgery. From he was still a child until now, he has the same face. It’s just due to… Read more »

He definitely DID get plastic surgery… I mean come on it’s obvious. I still love him though.

Omooo….But Luhan still Cute if he did not do the surgery…