[Updated: July 12, 2014] G-Dragon was one of the very first people we covered on this website. As such, it wasn’t a very long or interesting post. It’s been on the update list since the beginning of the year, so let’s get to it!

Now, clearly GD has had at least one nose job. At first, it was just his nostrils that seemed smaller, so I assumed he’d possibly had a nostril reduction. These days, his nose looks even smaller and finer, leading me to believe he may have had a second nose job. What we know for sure: He’s had at least one. But what we really want to talk about is not his nose job, it’s his chin implant. Yes, GD’s jawline  is not the jawline he was born with (see comparison on the right).

If you need even more proof, check out this gif to see the implant in action:

Pretty sure these pics will be able to quash any fan denial that comes our way.

Please do everyone a favor and don’t hate on GD in the comments, or anywhere else for that matter. He’s a cool dude and he can do whatever he likes with his face, just as we’re allowed to discuss.

[October 12, 2013] It actually annoys me when people can’t spot an obvious nose job, for example, on GD. Please note: He did not just “lose some weight in his face” or “get really good at applying foundation”, he had an operation on his nose to make it more petite. And no disrespect either, I love G-Dragon. It doesn’t look like he’s had more work done than that. He seems to have fixed his teeth at some point, but almost all KPOP Idols do this, and it doesn’t count as surgery anyway. 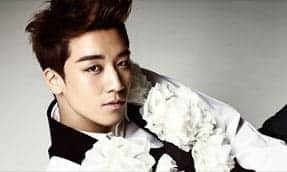 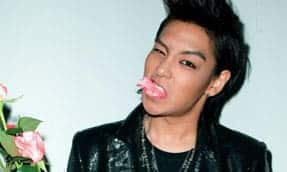 GD already admitted to his teeth so if he was asked again I’m sure he would say he got more done if he did. He… Read more »

I really think GD has had surgery. There are just too many differences. I really don’t want to judge GD for having surgery, it’s just… Read more »

the question is, when he did?? hahaha

chin surgery is a high possibility, but the nose IS bronzer (not foundation like u said) because trust me bronzer does magic it can make… Read more »

F*CK THE DAY GD GOT THAT HORRENDOUS CHIN IMPLANT AND F*CK THE DAY I NOTICED HE GOT IT DONE! NOW HIS CHIN IS ALL I… Read more »

Ahaha I love this guy but I thought he was a little too darn perfect!!! Like his nose! It’s soooooo perfect and straight! Lol but… Read more »

His chin was too obvious..

he is cute and before

i don’t think he did a nose job because in current photos of fans or events he has the nose of the pre-debut. I think… Read more »

I love GD, too. His talent is huge, he’s adorable, his laugh cracks me up. But yes. That tiny nose is surgical. He didn’t need… Read more »

looks same to me,and if he did he would tell. like how minzy was just like here i did ps. period. and no one made… Read more »

He didn’t have any surgery and I’m sure of that. The ‘before’ pics are when he was young and the fashion styles were different from… Read more »

he’s still the little guy with a magnificent talent in the group 🙂 isososolove GD ;*

i like the “before” face. more cute. natural. but agree with Dean Niel LuffyChee, after alI those magic on his face, I still recognice his… Read more »

And his jaw.either botox or chiseled a little bit