He is born Park Jimin on October 13, 1995, in Busan, South Korea. His nicknames are Park Jiminnie and Dooly. He is also called ‘Ddochi’ in middle school since his classmates thought that he looks like a puppy.

There are no known facts about his family except that he has a dad, mom, and younger brother. His dad has a café in Busan called Alice’s Table. They are very proud of Jimin and are a bit worried about his eating habit and for rarely seeing him each year. However, Jimin said that the reason he is losing weight is that although he is eating as much as other members of BTS, he exercises a lot.

Since he was still in 8th grade, Jimin has started to dance popping. After watching Rain’s performances, he became interested in becoming a performer. He told his parents about it, and they approved it happily.

He studied in Busan High School of Arts in the modern dance department as one of the top seat students. He transferred to Korea Arts High School with V and completed his studies there in 2013. His teacher has suggested him to audition for an entertainment company. He auditioned for Big Hit Entertainment with the song, “I Have a Lover” during Big Hit Entertainment’s “Hit It” auditions in Busan in 2011. It was his first ever audition, and he got accepted. He moved to Seoul after becoming a trainee at Big Hit Entertainment, and he also attended at Global Cyber University.

Jimin on Love and Dating

Lucky Ladies who have been linked to Jimin

Although he mentioned that he has never been in love before, there has been news that is currently circulating recently, that has been dating Suelgi, a Korean singer and part of a Korean girl group called Red Velvet.

This said rumor started when an edited video of the two of them together started appearing on most social networks. However, it was proven to be untrue later on. Though this piece of gossip was false, it is true that he is a big fan of Red Velvet. He mentioned that he was interested in getting their contact number when asked which contact number he wants to get the most. He also said in a variety show before that he liked to be close to Red Velvet but did not mention any particular member.

Han Seung Yeon is one of the members of the Korean girl band KARA. She was linked to Jimin when she showed a friendly attitude to the BTS member on the MBS’s Weekly Idol. The members of KARA hesitated when they were asked if they have any interest in any junior idols except Han Seung Yeon. She admitted that she is has been interested in Jimin of BTS when they had the same promotion schedule after they made a comeback for Mamma Mia.

There are so little known details on Jimin’s ideal type of woman. All that he mentioned about the subject is that he prefers a charming and nice girl, must be shorter than he is, with the single-edged eyelid, and has a long hair.

To the surprise of most his fans, all the things that he is looking for in a girl can be seen with Seulgi, who has been rumored to be his girlfriend. However, this piece of information is most likely just a happy coincidence as there is no hard evidence supporting this story.

What Jimin thinks about Dating and Marriage

Jimin revealed his views on dating and relationship in an interview held for their new Japanese single, “Danger.”

He disclosed that he should put all his efforts in his relationship, so his girlfriend will only look at him. He believes that people in a relationship should put in equal amount of effort for the relationship to work. He is looking forward to a love story in which he will only love one woman for all eternity.

His ideal date setting is a simple one like having a drink together, sitting on a bench in a countryside, and walking while holding hands.

How his fans reacts on him getting a Girlfriend

A lot of his fans are excited to know anything about his love life that they are always ready to jump at any rumors that circulate in the social media at the blink of an eye. However, there are also some fans who get tired of all the hook-up rumors forced by the media as most of them are not true anyway.

Jimin debuted last 2013 in BTS as one of the group’s lead vocals and dancer. Aside from his BTS career, he also became active in songwriting and singing.  He is currently single although there are a lot of ladies out there who are rumored to be linked with Jimin.

Plays he Participated in:

His projected net worth is around $8.3 million for his career in BTS as of 2016.

Jimin’s face doesn’t seem too suspicious at first glance, but comparing his recent pics to pre-debut Jimin indicates that he may have had a nose job. The difference is not too glaring (unlike another member of BTS), but his nose does seem more petite.

I also suspect he may have had some work done on his eyes. He’s skipped double eyelid surgery, but his very wide-eyed look hints at possible corner cutting surgery, especially on the inner corners of his eyes.

Jimin is a really young guy so I hope he quits while he’s ahead, if you can even call it “ahead”. What do you guys think of the work he’s had done? 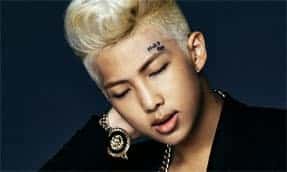 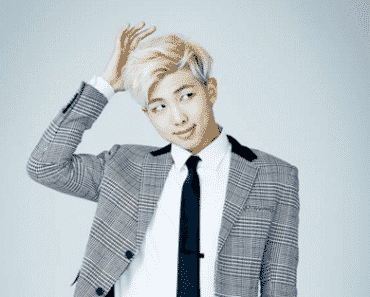 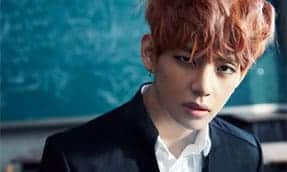 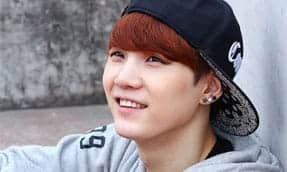 ahhhh omg so cute i love jimin so much

Jimin had an accident when he q was young. He hit his right eye on the toilet bowl and got 8 stitches so why didn’t… Read more »

I think no one of BTS members made any surgery.

I don’t think any of bangtan member had a plastic surgery . Don’t you ever think that they lost many of weight ? look at… Read more »

Are you sure that homing have nose surgery.I think…I Disagree.

Jimin has had surgery, there’s no denying it, he got rid of a tiny, barely noticeable bump on his nose bridge, quite recently.

firstly sorry for my bad english, i am their fan, I also curious about things like this and always pay attention to their face in… Read more »

I disagree couse if he had a surgery for nose why its not long ? For him eyes its just a normal ! Such a… Read more »

His right eye is wider than left eyes, I don’t think he hand any surgery, besides you can always achieve wide eye effect by applying… Read more »

i agree most of the kpop idols did a nosejob. but for jimin, i disagree with you with your opinion that stated jimin had something… Read more »

I`m disagree too he have just makeup he have big nose right now too plz edit ur writing uri Jiminie is natural . . .

i strongly disagree!!! Jimin is one of my bias in BTS. i really donT think that he haS done that said surgery. whenever i watch/saw… Read more »