The first Wonder Girls member that we are going to cover is their latest member, Hyelim!

She became a member of Wonder Girls in 2010 as the replacement for member Sunmi. Today, we are going to find out if this Wonder Girls member is a natural or not.

Hyelim was recently under the public’s eye after her plastic surgery rumors came out. Following her appearance on shows and on her recent ‘selcas’, a lot of people were shocked of her new and improved visuals. Her upgraded appearance then sparked plastic surgery rumors. JYP Entertainment denied such rumors and revealed that it was the result of her diet.

By looking at Hyelim’s before and after photos, we could see that her features were the same. Up from her forehead down to her lips. The difference is that she has lost a lot of weight! Her jawline does not seem like it was shaved. Also, a lot of people are wondering about her nose, but it seems that the change in the appearance of her nose was only because of make-up.

Take a look at Hyelim’s photos below and tell us your thoughts! 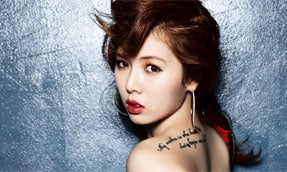 yahoo got me here. Thanks!

I must say, as a lot as I enjoyed reading what you had to say, I couldnt help but lose interest after a while.

Found this on yahoo and I’m happy I did. Well written web.

Vote Up0Vote Down  Reply
{How to deploy PyQt

Good, this is what I was searching for in bing

Could you do Jiho from Oh My Girl??

Her nostrils are less wide than they used to be. You can’t do that with contouring. Believe me, I’ve tried. She looks good.