Yuri is a South Korean singer, dancer, and actress. She is known for being one of the members of the K-pop group Girls’ Generation under SM Entertainment.

Yuri auditioned for S.M. Entertainment’s Casting System and finished second place in the 2001 SM Youth Best Dancer Contest. In the same year, she signed a contract with SM Entertainment where she received trained for 5 years and 11 months prior to her debut with Girls’ Generation.

She debuted as a member of Girls’ Generation in August 2007 with their single “Into the New World” from their self-titled album.

Aside from her promotions and activities with Girls’ Generation, Yuri also pursued a career in acting. She is known for her roles in the dramas “Unstoppable Marriage,” “Fashion King,” and “Neighborhood Hero.” She also made her big screen debut with the 2013 film “No Breathing.”

Yuri is also active on variety shows and is known for being a cast member on the shows “Kko Kko Tours Single♥Single,” “Invincible Youth,” “Animals,” “MAPS” and “Our Neighborhood Arts and Physical Education.” She also became a co-host of “Show! Music Core” with Tiffany and became a judge of “Dancing 9” along with Hyoyeon.

As with all members of SNSD (and let’s face it, most idols in SM), Yuri did not escape the plastic surgeon’s knife. To be fair, her work seems to be a bit more subtle than some of the others in the group.

To start with, it is quite certain that Yuri had double eyelid surgery. Her eyes are a lot wider now than they were in the past. The scars from the surgery have healed up very well though, to the point where they are barely noticeable, especially when she wears make up. In this video, you can barely see the scarring at all until the very end where she smiles and the lines appear (these look like stitch lines rather than regular eyelid folds).

I suspect she may also have had a slight nose job, although if this is true, the surgeon did a really good job because it’s not obvious at all. I’m on the fence about this one, it might be that her nose is actually natural. This would be extremely rare in a group like SNSD! 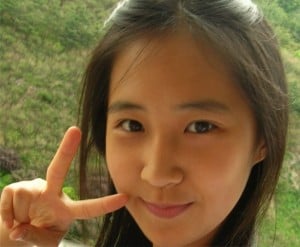 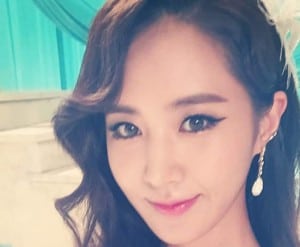 Thanks for the marvelous posting! I seriously enjoyed reading it, you’re a great author.I will remember to bookmark your blog and… Read more »

I just wanted to let you all know that I added a new list. It has taken me awhile to let… Read more »

I added a new list. As you’ll see it’s bigger than most of them. I hope you all have had a… Read more »

Good info! Interesting article over here. It’s pretty worth enough for me. In my opinion, if all website owners and bloggers… Read more »

Hello there friend! You made some decent points there. I looked on the internet for the issue and found most individuals… Read more »

Simple and easy!! Interesting informations over this web. It’s pretty worth enough for me. In my view, if all site owners… Read more »

I’ve just added a fresh new list. This is by far the biggest list to date. I hope you all are… Read more »

Good one! Interesting informations over here. It’s pretty worth enough for me. In my view, if all site owners and bloggers… Read more »

I hope you all are having a great weekend. I have a new list for you. Read the latest update on… Read more »

I hope you all have a great week. I’ve added a new list. This is the biggest list so far.

Cool! Interesting info over this web. It’s pretty worth enough for me. In my view, if all web owners and bloggers… Read more »

I just added a brand new list. I hope you all are having a great week. I’m trying new methods to… Read more »

I’ve got a fresh new list of free proxies. I hope you all can put them to good use.

Here’s a new list of free proxies. I hope you all are having a great Monday.

Thanks for this web. I definitely agree with what you are saying.

Save We’ve had loads of requests for BTS, especially J-Hope, so today we check out his suspicious face. I always suspected him of having some work done to his nose just because it was disproportionately small for his face, but it’s really hard to say if he had a proper nose job or whether he just

How well do you know Yuri? Take this quiz to find out!