The next idol on our request list is T-ARA’s Soyeon!

Soyeon is the second T-ARA member which we are going to cover after co-member Hyomin.

This female idol is known for her angelic and youthful appearance. However, many people think that she has done some work on her face. Did Soyeon really undergo plastic surgery? Let’s find out below!

A lot of people notice that Soyeon’s visuals seem to change when comparing her before and after photos. Many people say that it is because of her nose and suspect her of having a nose job.

If you would take a look at Soyeon’s before and after photos, you can easily see that her nose has changed.

In Soyeon’s present pictures, her nose seems to point downwards. But, her nose before seemed smaller.

Browse through our collection of Soyeon’s before and after photos and tell us what you think by adding a comment below! 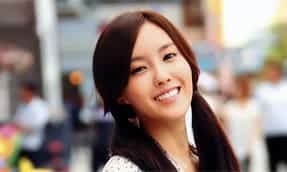 I’ve been having issues with my Windows hosting. It has set me back quite a bit while making the next list. This is the current… Read more »

Howdy my own significant other! I must claim that this post is remarkable, fantastic authored and may include approximately very important infos. I would like… Read more »

I’m amazed, I have to admit. Rarely do I come across a blog that’s both educative and interesting, and without a doubt, you have hit… Read more »

Why visitors still make use of to read news papers when inn this technological globe the whole thing is accessible on web?

I just wanted to let you all know that I added a new list. It has taken me awhile to let everyone know due to… Read more »

Howdy, I believe your site might be having web browser compatibility problems. When I look at your blog in Safari, it looks fine however, when… Read more »

Hi our kids new member! I have to declare that benefits and drawbacks wonderful, good prepared and are available along with nearly all significant infos… Read more »

Their just like you learn my thoughts! You seem to understand a whole lot concerning this, as you had written the booklet in it as… Read more »

I cannot thank you enough for the article post.Really thank you! Want more.

Do you have a spam issue on this website; I also am a blogger, and I was wanting to know your situation; many of us… Read more »

Hi, i read your blog occasionally and i own a similar one and i was just wondering if you get a lot of spam comments?… Read more »