Today our plastic surgery profile will be focusing on a member of the popular girl group 4Minute. Due to a request, Kwon So Hyun is the woman of the hour. Let’s take a quick look in the Mirror, Mirror and see what we can find!

Looking at So Hyun’s pictures over the years, spanning from her debut with 4Minute until now, it is apparent that several – though not overly dramatic – changes have happened with her facial features and structure somewhat. One can easily attribute most distinguishable differences to the fact that she was a high school student at the time of her debut, just 16 years old, with plenty of developmental changes left to go through. Contrary to popular opinion, people’s faces do not always stay the same throughout their late teens and twenties. I know mine definitely went through a few changes!

However, one particular feature is obviously different in her pictures. Her eyes have both a different shape and width to them now. That’s because she did in fact have surgery on them! On the February 14th, 2015 episode of MBC’s “Quiz to Change the World” in which she guest starred, she admitted to having inner double eyelid surgery to two MCs of the show. To their credit, the MCs responded to her very kindly and positively, saying that nowadays double eyelid surgery isn’t even considered surgery, and complimenting her, saying that her high cheekbones were very attractive.

Do you think So Hyun has had other surgeries, or do you think she’s all-natural other than the surgery she’s admitted to having? 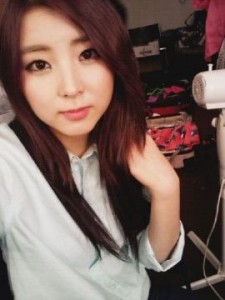 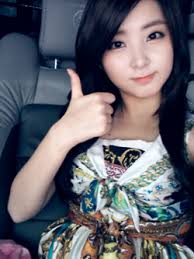 A big thank you for your blog article.Thanks Again. Want more.

Say, you got a nice blog post.Thanks Again.

fantastic post, very informative. I ponder why the other experts oof this sector do noot understand this. You should proceed your… Read more »

I enjoy you because of all your effort on this website. My daughter enjoys managing investigation and it’s really obvious why.… Read more »

Thank you a lot for providing individuals with an exceptionally special opportunity to read in detail from this site. It is… Read more »

Hey there, you are certainly right. I always go through your site content carefully. I’m furthermore considering free facetime, maybe you… Read more »

You’re totally correct and I trust you. If you want, we might also talk around firestarter android, one thing that intrigues… Read more »

Amazing! This blog looks just like my old one! It’s on a completely different topic but it has pretty much the… Read more »

Cool one! Interesting info over here. It is pretty worth enough for me. Personally, if all site owners and bloggers made… Read more »

It’s remarkable to go to see this web page and reading the views of all mates concerning this paragraph, while I… Read more »

Like!! I blog quite often and I genuinely thank you for your information. The article has truly peaked my interest.

Heya i am for the first time here. I found this board and I find It truly helpful & it helped… Read more »

I wrote a new LiveJournal blog post about 20 minutes ago, and have Facebook set up to import my blog posts.… Read more »

Hi, thanks for such informative article. You cover all the aspects of the backlinks and present it in a very organized… Read more »

Useful Information. Got a chance to learn some new things. Keep up the good work.

I was recommended this web site by my cousin. I’m not sure whether this post is written by him as no… Read more »

My family members always say that I am wasting my time here at web, but I know I am getting knowledge… Read more »

Save Laaaaaaayyyyrifhldjbhdljbdb <3 unf. Sorry, I just love Lay of EXO-M. In my opinion, he looks pretty much the same now as he did when he was young. I think he probably had a nose job, but if so, he just had it narrowed a little bit and the bump on his bridge shaved off.

Save Himchan of B.A.P looks a little bit like TOP, don’t you think? The major difference being that Himchan has the full KPOP Combo while TOP does not. Himchan used to have very narrow eyes, but if you look at recent pictures you can see he’s had something done to open them up, most likely

Save [Updated: December 26, 2013] Since my last post declaring TOP a natural beauty, people have been quick to comment and message me about his “obvious” nose job. To me, the difference between his old and new nose always seemed so subtle that it could have been the result of age/weight loss rather than surgery.

Save Ok, this one is pretty obvious, and Minzy has admitted it herself, but Minzy of 2NE1 has had a nose job. I actually think she may have had more than one, the most recent one being the biggest change. She said her nose job was for health reasons rather than aesthetic reasons, but everyone