Speculation is rife online about Jun. K and his plastic surgery, which is probably why he was requested here. Most people assume he has had a nose job and possibly a jaw shave. It’s worth noting that Jun. K wears A LOT of make up and does contouring, especially on his nose. This makes his face look even more unnatural and “fake” than it would otherwise.

I agree he at least had rhinoplasty because his nose looks quite different from his pre-debut days, and comparatively  unnatural. In general, his face looks a bit off and nose jobs can often be the main culprit of that (your nose is in the middle of your face, if you mess with it it affects your facial proportions).

As far as the jaw shaving goes, I think it’s very likely that he did something in that area. He still has a large chin but his jaw from the side looks very unnatural, like attempted v-line gone wrong. I also believe he may have had his eyes touched up, perhaps not double eyelid surgery but corner cutting to make them appear larger.

Lastly, Jun. K had some work done on his teeth/gums. He used to have a gummy smile but now sports perfectly straight veneers. 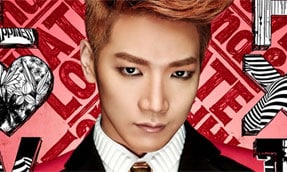 Wonderful things here. We’re really satisfied to see your posting. Many thanks a lot and I’m waiting for make contact with… Read more »

What i don’t understood is in truth hhow you are not actually much more smartly-favored tuan you miight be right now.… Read more »

Its such as you learn my thoughts! You appear to understand a lot about this, like you wrote the e-book in… Read more »

Like!! I blog quite often and I genuinely thank you for your information. The article has truly peaked my interest.

I am this can be very important info to me. For pleased examining your article. Nonetheless would like to comments about… Read more »

Cool info! Interesting tips over here. It is pretty worth enough for me. In my view, if all site owners and… Read more »

This information is priceless. Where can I find out more?

Genuinely no matter if someone doesn’t understand afterward its up to other people that they will help, so here it takes… Read more »

Good Luck, for your nice work! 🙂

Hello my children fellow member! I have to say that this particular article is awesome, good prepared and include roughly most… Read more »

Thanks for sharing your info. I really appreciate your efforts and I will be waiting for your further post thanks once… Read more »

I’ve been absent for some time, but now I remember why I used to love this website. Thanks , I will… Read more »

Hello there, I think your web site may be having web browser compatibility problems. When I take a look at your… Read more »