We’ve had loads of requests for BTS, especially J-Hope, so today we check out his suspicious face. I always suspected him of having some work done to his nose just because it was disproportionately small for his face, but it’s really hard to say if he had a proper nose job or whether he just gets fillers to change the shape of the tip. If you notice in some of his pre-debut pics, he seems to have a flat-tipped nose, while in other and newer pics he has a definite pointed tip. I think he probably went all the way and got a nose job, quite early by the looks of it.

I also think he may have had double eyelid surgery because of his incredibly deep eyelid creases, but it’s possible that these are natural. Without more pre-debut comparison pics it’s difficult to be sure. As for the nose work, I would bet on it! 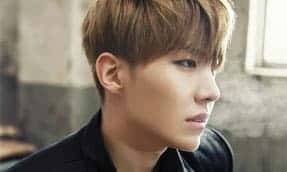 Heya i am for the primary time here. I found this board and I to find It really useful & it… Read more »

Hello are using WordPress for your blog platform? I’m new to the blog world but I’m trying to get started and… Read more »

Hello.This article was really fascinating, especially since I was searching for thoughts on this topic last Saturday.

Hello! I just wanted to ask if you ever have any trouble with hackers? My last blog (wordpress) was hacked and… Read more »

As I website possessor I believe the content matter here is rattling great , appreciate it for your hard work. You… Read more »

It’s going to be finish of mine day, however before ending I am reading this
wonderful post to improve my knowledge.

Greetings from Los angeles! I’m bored at work so I decided to check out your website on my iphone during lunch… Read more »

Good Morning, happy that i found on this in google. Thanks!

Heya i am for the first time here. I found this board and I find It truly useful & it helped… Read more »

Some truly good stuff on this web site , appreciate it for contribution.