Gongchan of B1A4 has been on the request list for a while, and apparently, the reason his face raises suspicion is because of his uneven eyelids. To me, if anything, this seems like evidence of no plastic surgery. Surely if you were going to pay good money to “fix” your face, you would get them to make your eyes look even. Right? So this, coupled with the fact that his uneven eyelids were also a feature in childhood photos, makes me believe that Gongchan is plastic surgery-free. His nose also looks the same as in his pre-debut photos. 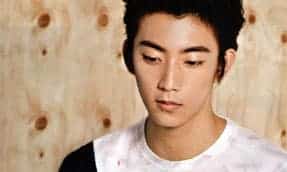 It’s enormous that you are getting thoughts from this piece of
writing as well as from our discussion made here.

Hola! I’ve been reading your web site for a while now and finally got the courage to go ahead and give… Read more »

I have read so many content concerning the blogger lovers however this article is
genuinely a fastidious paragraph, keep it up.

An interesting discussion is worth comment. I believe that you need to write more on this subject matter, it might not… Read more »

Aw, this was a really nice post. Spending some time and actual effort to produce a very good article… but what… Read more »

It’s really a great and helpful piece of info. I’m glad that you shared this helpful info with us. Please keep… Read more »

This site was… how do I say it? Relevant!! Finally I have found something that helped me.

That is really interesting, You’re an overly skilled blogger. I’ve joined your rss feed and sit up for in quest of… Read more »

Hi, i read your blog from time to time and i own a similar one and i was just wondering if… Read more »

Greetings from Idaho! I’m bored at work so I decided to browse your blog on my iphone during lunch break. I… Read more »

Having read this I believed it was very informative. I appreciate you spending some time and energy to put this information… Read more »

Somebody necessarily lend a hand to make critically articles I would state. That is the very first time I frequented your… Read more »